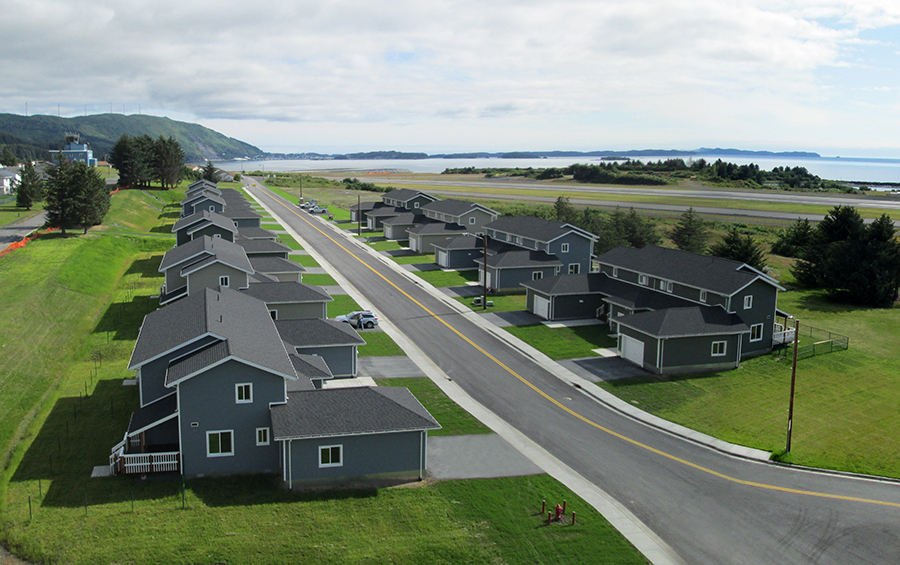 The U.S. Coast Guard wanted additional family housing at its Kodiak Base. Under a design-build agreement, it retained a team that included PND Engineers, which provided site civil engineering and structural engineering services. The project included the construction of 10 new duplexes, each duplex with three bedrooms on a second level, a first-level living space with kitchen, a single-car garage at each unit, and a shared mechanical room per each building. The project included new underground water and sewer utilities and a storm drain system.