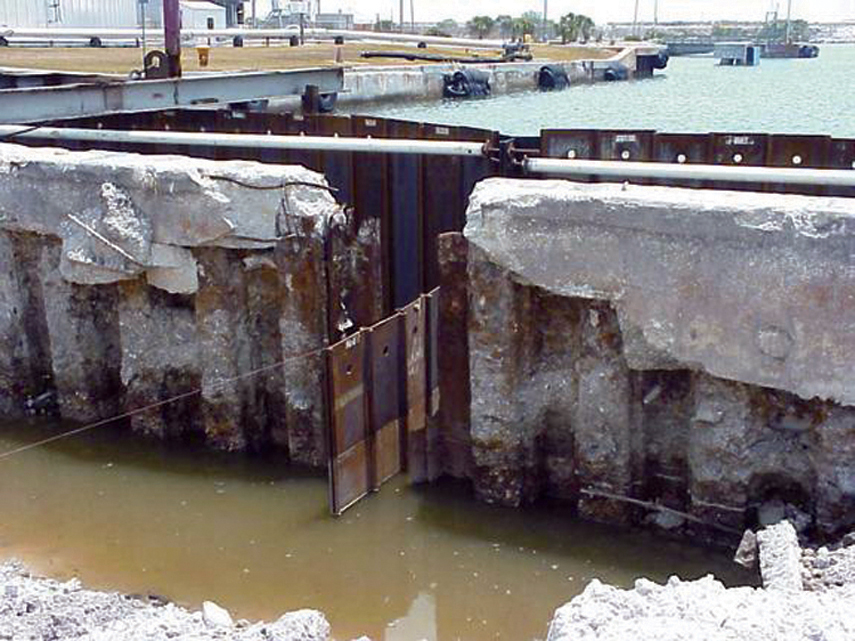 Developed in the 1980s, the OPEN CELL SHEET PILE™ (OCSP) bulkhead system has proven effective for erosion control and soil containment. The extreme strength and adaption to severe conditions such as weak soils, heavy loads, ice, and scour make the OCSP system an effective solution to sensitive locations. OCSP bulkheads have been utilized for erosion control and bank stabilization in Alaska, the Pacific Northwest, and overseas.

In a number of locations, the OCSP system has been used to prevent the leaching of toxic chemicals into either waterways or soils. This application is also used to encapsulate existing bulkhead and seawall structures. For example, Berths 1 and 2 at the Port of Tampa, Florida, consisted of replacing corroding Z-shaped sheet piles and tie-rod bulkhead (photo).

In 2011, the OCSP system had been reviewed by the U.S. Army Corps of Engineers (USACE) to determine its acceptability as a Vertical Confined Disposal Facility. The USACE Environmental Laboratory at the Engineer Research and Development Center in Vicksburg, Mississippi, concluded in its final report that the OCSP system “can be effective for controlling environmental risk for containment of dredge material.”